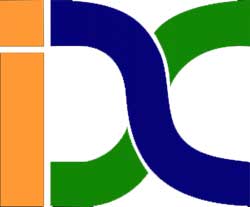 The influence of social media in the lives of common people cannot be ignored. Such as this influence, it is also creating a damaging impact on the self-image of many women. Many studies have shown women are more falling prey to social media propaganda of body imaging. Seeing the images of celebrities or peers, women are either taking up damaging steps to get such body or feeling anxious and depressed.

In this article, let’s have a look at such 10 damaging impacts that social media has inflicted on the self-image and self-representation of women.

1]Women are Losing their Self-Confidence

2]An Increase in the Competitiveness on Looks among Women

Looks is something a human being is born with. Basically, a human has no control over his or her inborn looks. Therefore, looks should not be among the criteria through which a human being should be judged. However, due to the immense influence of social media, there is an immense increase in the competitiveness of looks among women.

3]Unhappy with the Way Looks they were Born

No one can control the look they will get when they born. If someone is unhappy with it then that is a disconcerting thing. This is a trend which has come to the fore due to the influence of social media.

4]Tampering with the Looks through Plastic Surgery

Due to the increasing low self-image among women, to salvage the lost pride, they are turning to plastic surgery and other means to get their desired looks. Actually, this will do more damage than good. That is why women should be made more aware of what is happening.

5]The Viewpoint on Bodies are Changing

During the growing up period, everyone has a standard viewpoint as far as the body structure is concerned. This comes mostly from the elders. However, in this age, due to the advent of social media and marketing strategies of various fitness companies, there is a stark change as far as the desired body structure is concerned.  Women are craving for “zero figure” by seeing several photoshopped pictures of the models.

Another disconcerting thing that is coming to the fore is the complexity of the skin color among women. Because women are looking to present themselves as fair, there is a huge increase in the use of catchphrases such as ‘fair looks’ in the marketing campaigns of the cosmetics brands. Although the pictures one sees in social media are taken not only by applying makeup but also posted after several rounds of editing.

Social media also played a pivotal role in paving the way for eating disorders for women. Many are looking to attain “zero figure”. For that, they are eating less and not getting the right nutrition their body requires. Also, the interesting part about this is many women are happy to do this without realizing the grueling effect it can have on their bodies.

Due to the increase in the spree of looking great in social media posts, many women are becoming prey to body shaming.  This is making then depressed and frustrated which is not at all a good thing.

People from all over the world can inter-connect and socialize with convenience thanks to the advent of the internet, social networking sites, and smartphones. You will hardly find a person who is not usual with social media platforms like Twitter and Facebook.  Yes, there has been a revolution in the way billions of people from all over the world get together through a computing device. However, there is a dark side to it. People are becoming social media addicts. Status updates, Friend requests, and constant checking have become a compulsive behavior to many.

It is the first time in the history of mankind that a certain form of technology has made people addicted to it. Starring hours at the screen of your smartphone or desktop can cause a lot of stress but it seems that people just cannot help it.  The fault lies within us in the manner we use social media. If it used in the right way it can be a great thing.  Millennial need to stay in touch with reality and realize that there is a world apart from the internet. You need to take a break from the drudgery of internet surfing and social media browsing. You will understand that it was necessary as you will feel refreshed and experience the difference.

The craze of social media and its unprecedented use is proving detrimental to human relationships, emotional health, and general well-being at large where physical interaction has assumed secondary importance.

10]Increase in the Use of Harmful Substances

Due to the lower self-image, many women have turned to harmful substances. Excessive use of social media use can be detrimental to your emotional well-being and mental health. Rather abandoning social media once and for all it is necessary to set a limit on its use. Their frustration and depression are playing a major role in making them addicted to these substances.

You have to remember that if there is a problem, there is a solution lurking behind the problem. One just has to identify it. As this article has projected the problems social media has created on the self-image of women, there will be an article coming soon projecting the possible solution to these problems.

How can I learn digital marketing for free?

6 Steps to Improve Your Social Selling and Lead Generation on...

How can I learn digital marketing for free?

How to Transform Your Digital Marketing Career in 2020?